Does the Bible talk about Addictions?

I have recently been running into more and more Pastors and Elders who don't believe in the idea of "addictions". Their belief has been that "addictions" is just another way to make excuses for behaviors like alcohol, drugs, gambling, gaming and now sexual addiction. They often tell me that there is no Biblical basis for using the term "addiction" and that these behaviors should just be called "sin".

Unfortunately, some of these Pastors and Elders have overlooked Paul's qualifications for a Elder/ Bishop/ Overseer and Deacons found in I Timothy chapter 3:1-10 (NASB - regarded by many to be the closest translation to the original Greek text.)

Paul also mentions addiction in his qualifications of a Elder in Titus chapter 1: 7 ...
For the overseer must be above reproach as God’s steward, not self-willed, not quick-tempered, not addicted to wine, not pugnacious, not fond of sordid gain,

So if the Apostle Paul was talking about "addictions" why are so many Pastors and Elders denying GOD's Word? The problem that I see is three fold...

1) Many of the addiction programs that are being offered by the world completely leave GOD out of the restoration process or they just throw GOD into the mix as a nameless "higher power". This is true and a bit unfortunate. However, you can not deny GOD's Word (i.e. the use of the term "addiction") simply because the world has cut GOD out of the recovery process. What did you expect from the "world"? Our response should not be to reject the concept of an "addiction" but rather make sure GOD is in the center of that recovery process - what non-addicts and many addicts call "Sanctification"! For you see, "salvation" is a life changing event - like "birth" (John. 3:3-7). But life after birth is a life long journey of recovery from the impact and chains of our old sin nature. Only GOD and His Spirit can remove  those things in our lives that have enslaved us and soiled us ... thus the process of santification or recovery is a process that every born again Christian (both addicts and non-addicts) is working though.

2) The second problem is that many in the church want quick fixes to all their problems - a "one size fits all" answer to everything. Sin is the definition of every problem and GOD is the answer to every problem .... and .... broad / general sense... that is True! However, not every problem is best defined as being "sin". I often hear people say that "sin is sin" ... again, yes that is true but not all sin is equal. GOD never destroyed a society like Sodom and Gomorrah for things like jay walking or speeding or cussing. GOD judged Sodom and Gomorrah because of the sexual perversion and their homosexual behaviors that were shameless and unrepentant. Granted, every problem has it's roots in sin but some problems are better described by their actual names such as ... drugs, alcohol, adultery, homosexuality, etc. Obviously, not every problem is sin (i.e. cancer, finances, stages of growth development etc) although GOD needs to be invited into the process of dealing with all problems.

3) Third, it is odd that Paul has to exhort the spiritual leaders of the church about the qualifications of a church leader. Apparently, being "addicted" to wine was a problem that some of them were struggling with, which caused them to not to be qualified as a spiritual leader. Unfortunately, as a counselor I see this all the time. Spiritual men (Senior Pastors, Executive Pastors, Elders, Deacons, Youth Pastors, Music Pastors, Bible Study and Prayer Group Leaders etc) fall because they have entertained temptations which turn into struggles, which turn into sin problems and which often develop into full blown addictions that ruin their lives and their ministries. I believe Paul was addressing a problem that many in the church were afraid to address ... perhaps because they were the ones with the problem and perhaps they were afraid of loosing their standing within the Body of Christ and the community. I am thrilled that someone like Paul was willing to stand up and address the problem of men having an a addiction to wine. By addressing it he prevented a multitude of problems that would have destroyed people's lives and would have damaged the testimony of Christ and the Church. 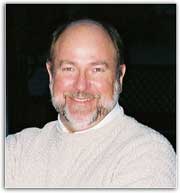